Understanding the Three-Tier System: Its Impacts on U.S. Craft Beer and You Marc E. Sorini is a partner in the law firm of McDermott Will & Emery LLP, based in the firm’s Washington D.C. office. He leads the firm’s Alcohol Regulatory & Distribution Group, where he concentrates his practice on regulatory and litigation issues faced by supplier-tier industry members. His practice for craft brewers includes distribution agreements, distribution counseling and litigation, beer formulation, labeling, promotional compliance, compliance strategy, and federal and state tax and trade practice enforcement defense. He also does legal work for the Brewers Association. Nothing in this article should be construed as or used as a substitute for legal advice.

Read more by this author »

Understanding the U.S. market for alcohol beverages, including beer, requires an understanding of the three-tier system. Whether viewed with deep reverence or great scorn, it is a system of distribution that delivers the vast majority of beer to the mouths of thirsty American drinkers. Let’s take a few moments to understand that system a little better.

What is the Three-Tier System?

The three “tiers” of the system consist of:

In a three-tier distribution system, the producer tier (brewery) makes beer, sells it to distributors, and the distributors deliver and sell that beer to retailers. We, the beer-loving public, then buy from the retailer.

How Prohibition and Repeal Shaped the Three-Tier System

While the separation of producer from distributor from retailer is not unusual in many industries (did you think Macy’s makes all the clothing they sell?), the alcohol beverage industry is one of the few where the law requires certain separations between tiers.

Immediately after the repeal of Prohibition, lawmakers and the public feared a return of the pre-Prohibition “saloon.” That institution, with its reputation for drunkenness, gambling, prostitution and violence was seen as a root cause for the backlash that spawned the temperance movement. Many of those saloons were “tied houses” – retail establishments tied to a particular brewer or distiller and supplied exclusively by that producer. Moreover, during the crime-filled days of Prohibition, organized crime distribution networks often used various forms of coercion to control the “speakeasy” establishments that became popular in the Roaring Twenties. So in the post-Prohibition era, prohibiting or limiting the “tied-house evil” became an important legislative goal.

This history led Congress and most state legislatures to pass “tied-house laws” in the immediate post-Prohibition era. These laws generally limited or completely prohibited cross-ownership between “industry members” (a federal law term for both producers and distributors) and retailers. These laws effectively ended cross-ownership between most retailers and the upper two tiers, and also severely limited the amount of assistance the upper tiers could provide to retailers. So, while Coca-Cola or Frito Lay can pay a restaurant chain to become the exclusive soft drink or chip supplier to the chain, in most circumstances Anheuser-Busch cannot pay a restaurant chain to become the chain’s exclusive beer supplier.

Advantages and Disadvantages of the Three-Tier System

Separations between the producer and distributor tiers developed later and, even today, are far from universal. In many states, including big markets like California and New York, a brewer can become a distributor and vice versa. But in other states, the decline of local brewers in the post-World War II era and the rise of national beer brands led to laws – cousins of the original tied-house laws – mandating separation between producers and distributors. This development solidified, in many states at least, a legally-mandated three-tier system of separate and independent producers, distributors and retailers.

A three-tier distribution system has some practical advantages. Craft brewers and importers, in particular, would have a hard time affording all the warehouses and trucks needed to distribute beer over wide territories on their own. In a world without independent distributors, small brewers would mostly be limited to distributing in a very limited geographic area. By aggregating the distribution of many brands, independent distributors make warehousing and trucking more efficient. And by offering the products of many suppliers, a retailer may need only one or two deliveries per day, as it can meet most of its beer needs by doing business with just a few distributors. Retailers, too, can benefit, as the direct-to-store-delivery means a retailer with multiple locations does not need to move large quantities of beer among its stores.

But some view legal mandates within the three-tier system as a straightjacket. Many of the largest retailers, for example, are quite used to dealing directly with manufacturers and distributing goods between their stores without the help of a distributor. In most parts of the world (the rise of dominant large retailers is a global phenomenon), big retail chains use this model for beer. Not surprisingly, some of these retailers, when entering the U.S. market, might prefer to distribute here via a similar model.

Fortunately for small brewers, the laws of many states provide flexibility allowing many brewery business models to thrive within the overall three-tier structure. Brewpub laws allow the marriage of producer and retailer tier into single premises – identified as a special type of retailer under the laws of most states. Conversely, most state brewery laws today authorize brewers to have a tasting room or restaurant as part of their brewery, and an increasing number of states permit brewers to also open a few remote retail tasting rooms or restaurants in order to brand themselves at premier retail locations. These provisions often were the product of dogged legislative efforts by small brewers during the past 25 years, and have helped fuel the craft beer boom.

But some view legal mandates within the three-tier system as a straightjacket.

As we mentioned earlier, a substantial number of states’ laws also provide flexibility to brewers when it comes to the distribution of beer. In some states, the original two-tier post-Prohibition architecture remains, permitting brewers to either sell directly to retailers or to own or establish their own affiliated distribution operation. In other states, reforms over the past two decades have re-established the ability of brewers – sometimes limited to small brewers – to engage in wholesaling.

Both the ability to operate as a retailer at the brewery and perhaps a few satellite locations, and the ability to self-distribute, provide critical commercial opportunities for the craft brewer. Retail operations provide a branded experience that many consumers crave, creating a “beer tourism” aspect to the beer business that the wine industry has successfully employed for many decades. And the original tied-house law concerns about local monopolies are hardly implicated by a few tasting rooms among tens of thousands of independent retailers.

Similarly, self-distribution provides emerging brewers with opportunities to develop the market for their products. In most cases, this leads to an eventual “graduation” of the brand to distribution through a third-party distributor. Both the brewer and the distributor (not to mention consumers!) benefit from the brewer’s early efforts to get the brand traction in the market. Notable self-distribution success stories include Samuel Adams, Brooklyn Brewery and Stone Brewing.

Brewers continue to work with legislatures around the country to ensure that the generally successful system evolves in a way that permits healthy growth while preserving the positive aspects of the system.

(MORE: What is a Craft Brewery?)

A few aspects of the current regulatory system, however, are the source of greater consternation among many craft brewers. Perhaps the most contentious subject involves so-called beer “franchise laws.” Passed mostly in the 1970s and 1980s, these laws emerged at a time when the newly-emerged national breweries dwarfed beer distributors, which at the time were mostly small mom and pop operations. As such, these laws provide special and often un-waivable legal protections to beer distributors to protect the arbitrary termination of their right to distribute a brand. But beer distributors have continued to grow and consolidate, with most mainline (i.e., distributors of one or more major national brands) distributors today dwarfing the vast majority and, in some cases, even the very largest craft brewers.

Tipping the scales of justice towards these big businesses in their relation to craft brewers strike many as unfair and has led to calls for reform of these laws to provide more brand mobility to smaller brands. Naturally, distributors have resisted such calls for reform.

Big Brewery “Branches” are a Source of Friction

Another source of some friction within the industry involves the subject of big-brewery “branches.” Even the largest brewers have, for many years, owned their own distribution affiliates in select markets, as generally permitted by the laws of many states.

In this current duopoly, vertical integration by one of the two major domestic brewers either forces all other brewers and importers into a single distributor (hardly a competitive situation) or traps brewers and importers with a distributor owned by one of their largest competitors. So although self-distribution by brewers is not anticompetitive per se, it certainly threatens to have such an impact when practiced by the country’s dominant brewers. Recognizing this, the United States Department of Justice recently required Anheuser-Busch/InBev to cap its branch ownership at 10 percent of its total U.S. beer volume as a condition to the Department’s approval of the acquisition of SABMiller’s non-U.S. assets (in the U.S. those assets were purchased by MolsonCoors).

As the points above illustrate, the regulatory structure for distributing beer has an interesting history of evolving to reflect the needs and structure of the marketplace itself. The pre-Prohibition experience gave birth to tied-house laws. The decline of the local brewer and the growing success of independent distributors after World War II spawned first, three-tier restrictions and, later in the 1970s and 80s, franchise laws. And beginning in the 1980s, the craft beer boom and consumers’ embrace of small, local and independent breweries led to laws authorizing brewpubs, restaurants at packaging breweries, and brewery taprooms.

What the next two decades will bring is anyone’s guess. But in the competitive and dynamic beer business, don’t be surprised if the successful three-tier system continues to adapt to meet the evolving needs of America’s beer consumers. 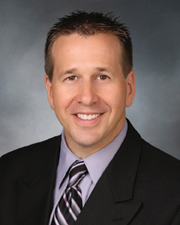 Marc E. Sorini is a partner in the law firm of McDermott Will & Emery LLP, based in the firm’s Washington D.C. office. He leads the firm’s Alcohol Regulatory & Distribution Group, where he concentrates his practice on regulatory and litigation issues faced by supplier-tier industry members. His practice for craft brewers includes distribution agreements, distribution counseling and litigation, beer formulation, labeling, promotional compliance, compliance strategy, and federal and state tax and trade practice enforcement defense. He also does legal work for the Brewers Association. You can reach Marc at msorini@mwe.com. Nothing in this article should be construed as or used as a substitute for legal advice.
END_OF_DOCUMENT_TOKEN_TO_BE_REPLACED